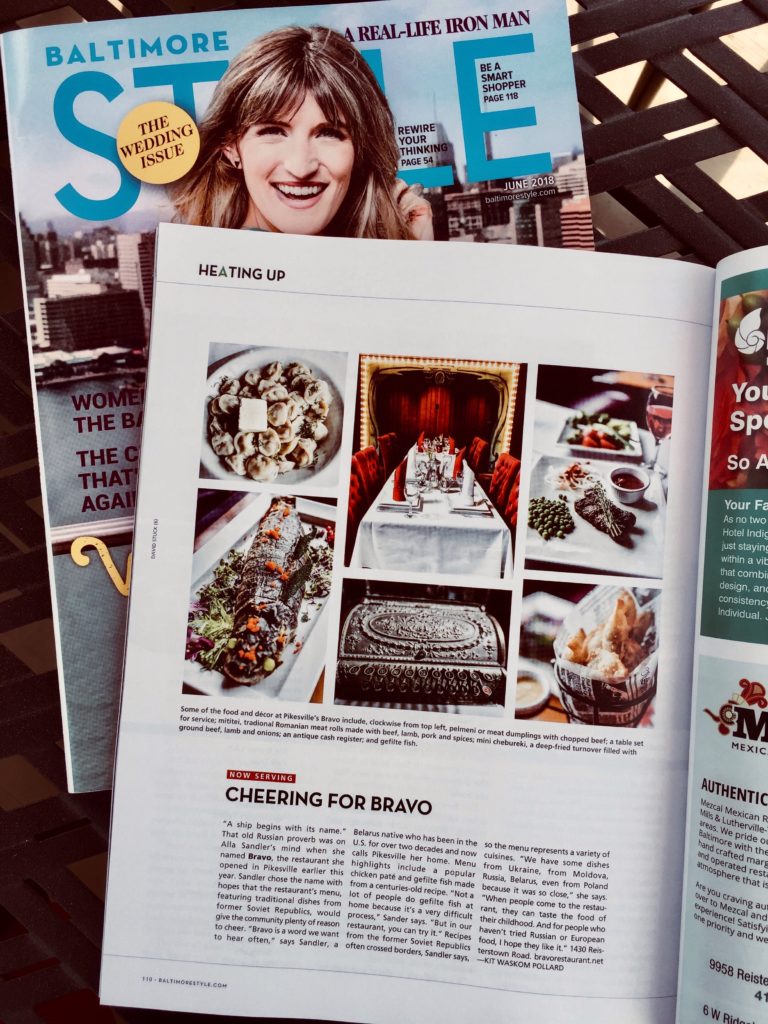 Some of the food and decor at Pikesville Bravo include, clockwise from top left, pelmeni or meat dumplings with chopped beef; a table set for service; mititei, traditional Romanian meat rolls made with beef, lamb, pork and spices; mini chebureki, a deep-fried turnover filled with ground beef, lamb and onions; an antique cash register; and gefilte fish

“A ship begins with its name.” That old Russian proverb was on Alla Sandler’s mind when she named Bravo, the restaurant she opened in Pikesville earlier this year. Sandler chose the name with hopes that the restaurant’s menu, featuring traditional dishes from former Soviet Republics, would give the community plenty of reason to cheer. “Bravo is a word we want to hear often, ” says Sandler, a Belarus native who has been in the U.S. for over two decades and now calls Pikesville her home. Menu highlights include a popular chicken pate and gefilte fish made from centuries old recipe. “Not a lot of people do gefilte fish at home because its a very difficult  process,” Sandler says. But in our restaurant, you can try it.” Recipes from the former Soviet Republics often crossed borders, Sandler says, so the menu represents a variety of cuisines. “We have some dishes from Ukraine, from Moldova Russia, Belarus, even from Poland because it was so close,” she says. “When people come to the restaurant, they can taste the food of their childhood. And for people who haven’t tried Russian or European food, I hope they like it.” 1430 Reisterstown Road. bravorestaurant.net – Kit Waskom Pollard